This tool is a Bear and Son Cutlery Bear Jaws Electrician that has been rebranded by Crescent to a Toolzall Electrician Pro. 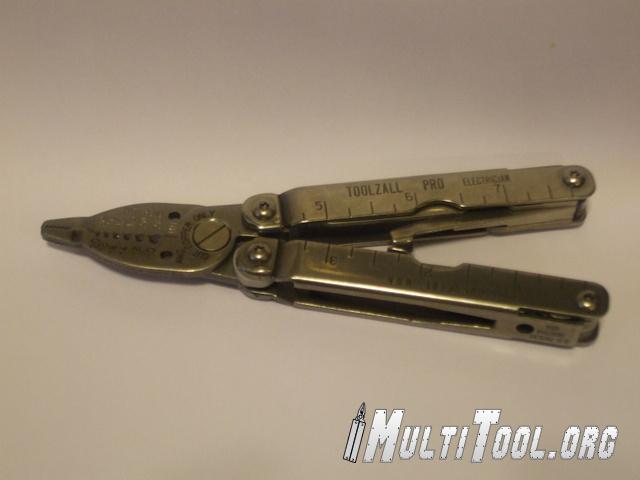 This is a 4 inch tool with a wire stipping head. The tools in it are as follow it has a serrated/plain blade combo, 2 straight screwdrivers, a phillips head screwdriver, a file, a saw, a can/bottle opener, a ruler and a lanyard ring (if you count that?) and all the tools lock and are outside opening which is a very good thing. The handles are also very comfortable to use when using the wire stripping head. Good solid tool with solid design. 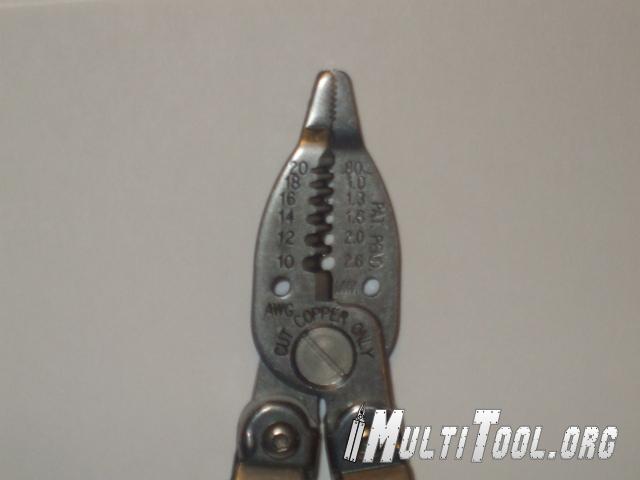 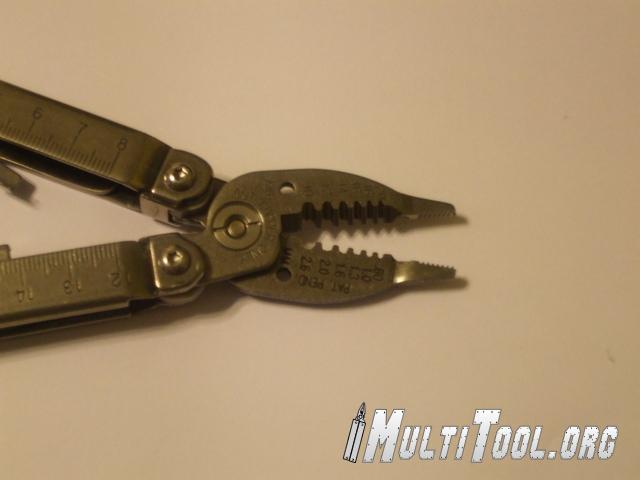 Let's start by talking about the wire stripping head. The tool specifically says to only cut copper with it. It has a wire cutter as with any standard plier based multi. It can strip wire from 10 gauge down to 20 gauge or 2.6 mm to 0.80 mm wire. Two hole that it says are for bending wire and on the tip has a small tip that can be used as pliers 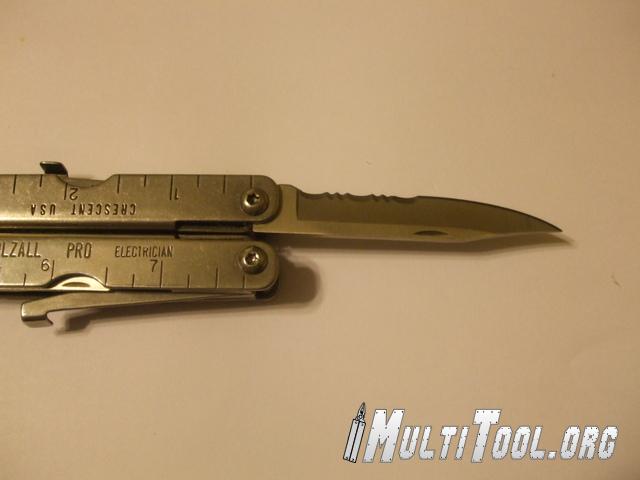 The blade that comes with the EP is a combo serrated/plain edge knife blade. Personally I don't care for this type of blade. It seems to be the only blade that they put on any of there tools that only have 1 blade in them. It can handle most cutting tasks and I guess that is what they are going for(the most versatility). The problem is it is only a mediocre blade for both types of cutting. But as I said it is a serviceable tool. 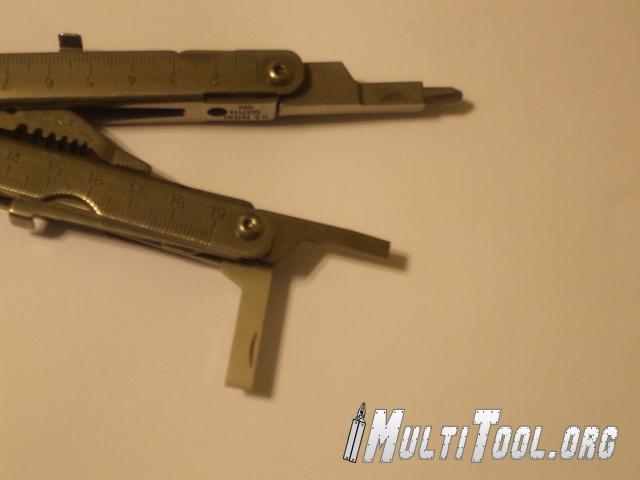 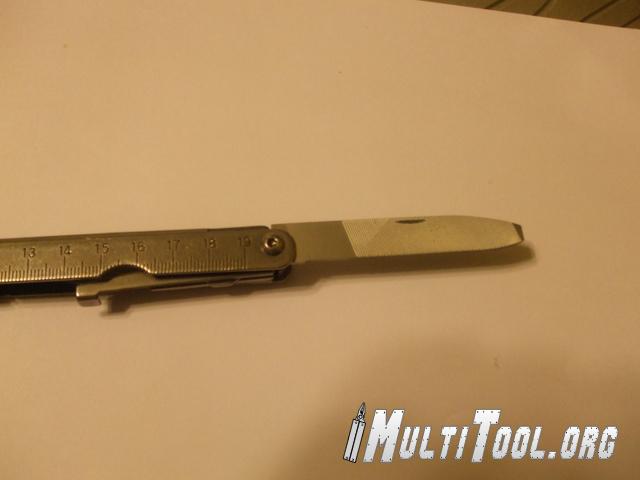 Now to the file. It is a three sided file with smooth on 1 side and course on the other side. Since it is a Crescent brand tool one would think that it should have a Nicholson file on it since they are both owned by the same company. This is not the case though. The file is fine don't get me wrong it can be used for most filing applications, but for me though I like a little more filing surface it goes to the tip which is a plus, but doesn't go very far down the body itself. 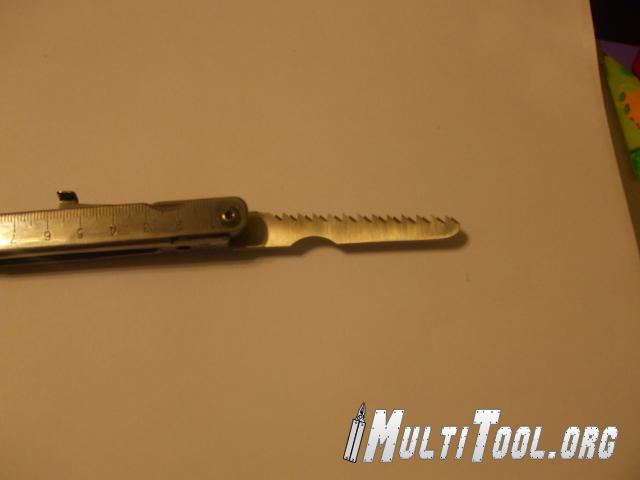 Well back on a good note. The saw is a tool that shines in this multi. It is a very aggressive cutting saw (it has fewer teeth than typical Leatherman/Vic saws which means more aggressive) that cuts on both a push and pull stroke. Very effective cutting tool. 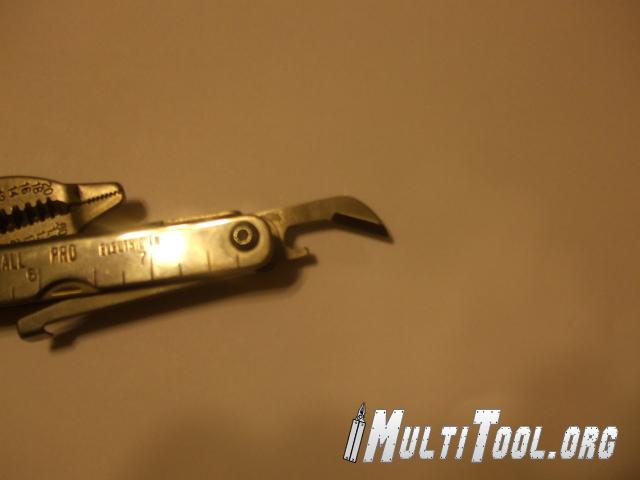 The can/bottle opener is pretty much a standard design. It seems as though it would be capable of opening can and bottles pretty much the same as a Leatherman or Vic SAK. 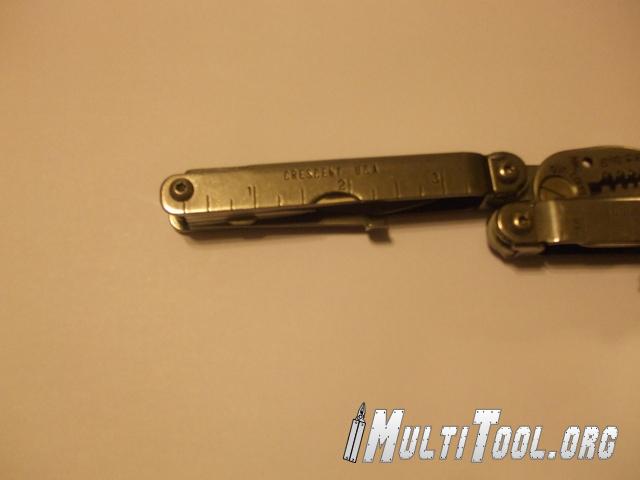 The ruler has both standard and metric measurement's each are on there respective sides and seems to be engraved very well. 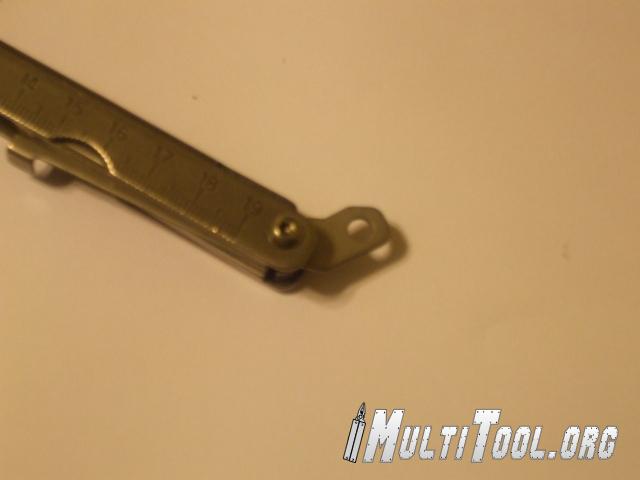 I don't know if you count it or not but it's there it is a fold out type lanyard ring that takes up a space in my opinion. I would have preferred to have seen another tool in it's place perhaps an awl. Some people like them so they put them in I guess. 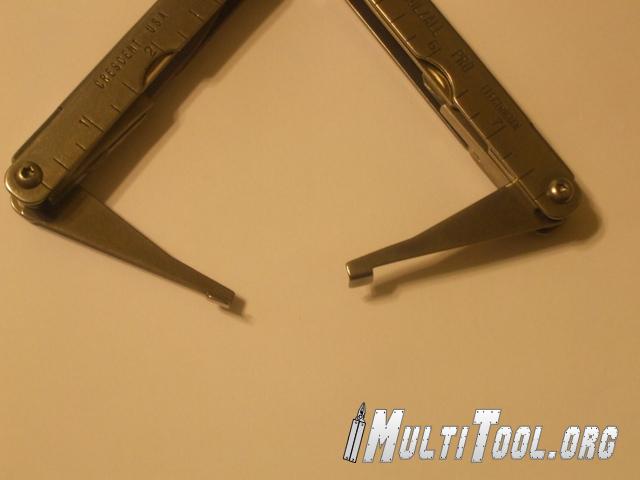 All the tools lock in this model, the odd thing is how they came up to unlock them. You can always unlock them the same way as you do the Super Tool but they have these little flaps that stick out on each side that you push in when you have a tool out and want to unlock it. It works effectively but when the tool is closed they stick out a bit. Just seems like an odd way to unlock tools.

I like the tool overall it has several useful tools. The plier head is something not normally seen on a multi and they put it in there with very little problem. It is very robust, smooth opening, plus all tools are outside opening and it seems built like a tank. In my opinion it is a great tool.

The knife blade seems only semi useful (of course this is only my opinion) and the unlock tabs get in the way a bit. The file is also lacking a bit of filing surface. Plus it also suffers from tool clumping

That's my two cents worth thanks for reading. I will take advice so please if you see something wrong tell me. The pics are a little better this time at least I think.

More in this category: « Swiss-Tech Smart-Clip Review Lowes Kobalt Multitool Review »
back to top
Interested in this or a different tool and still have more questions?
Why not join us over on the Multitool.org Forum where our community can help you find what you're looking for!