Every now and then I see a cheapo tool, and think “that might actually be worth trying”. Sometimes it’s a huge waste of money, and other times you end up with a very useful tool for very little cost. Several months ago, I saw some details of one of these little tempters, but was unable to actually track one down ..... till about two weeks ago. As soon as I saw it, I ordered it. It arrived only a day or two ago, and figured it would be rude not to review it.

Tools are often based on a particular function, be it pliers, scissors, or sometimes even a flashlight. This particular multitool is based on the humble utility knife, known generically here as a Stanley knife. The fact that this is actually a Stanley FatMax model did give me some confidence, as it is a brand I have had good products from in the past. 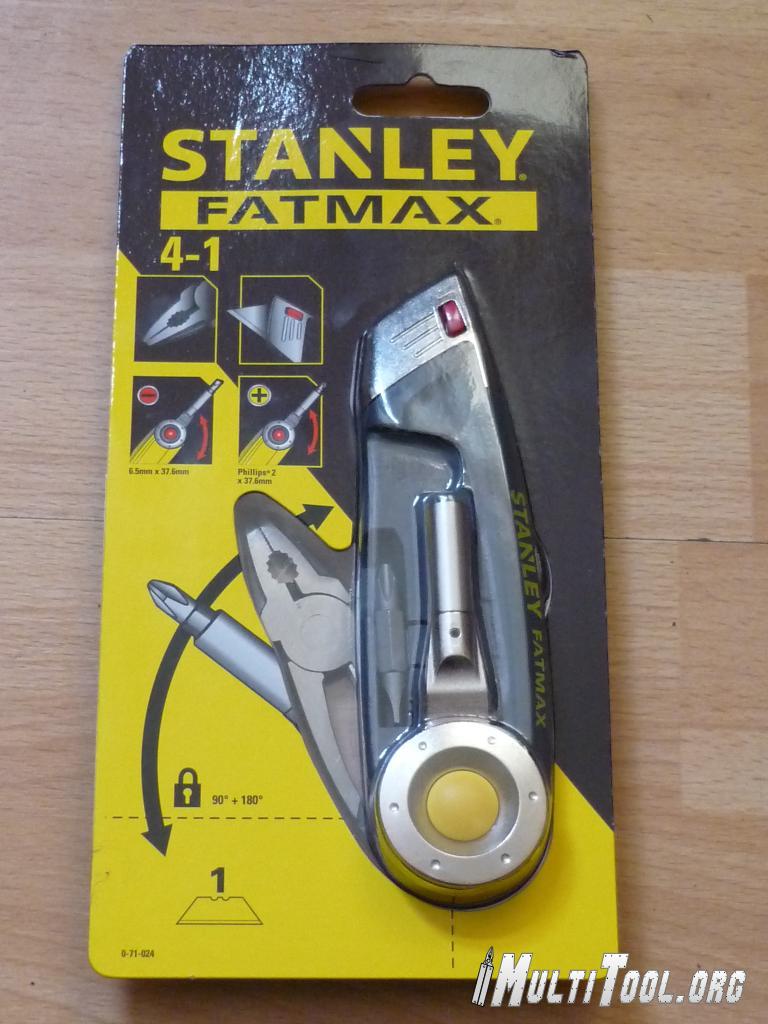 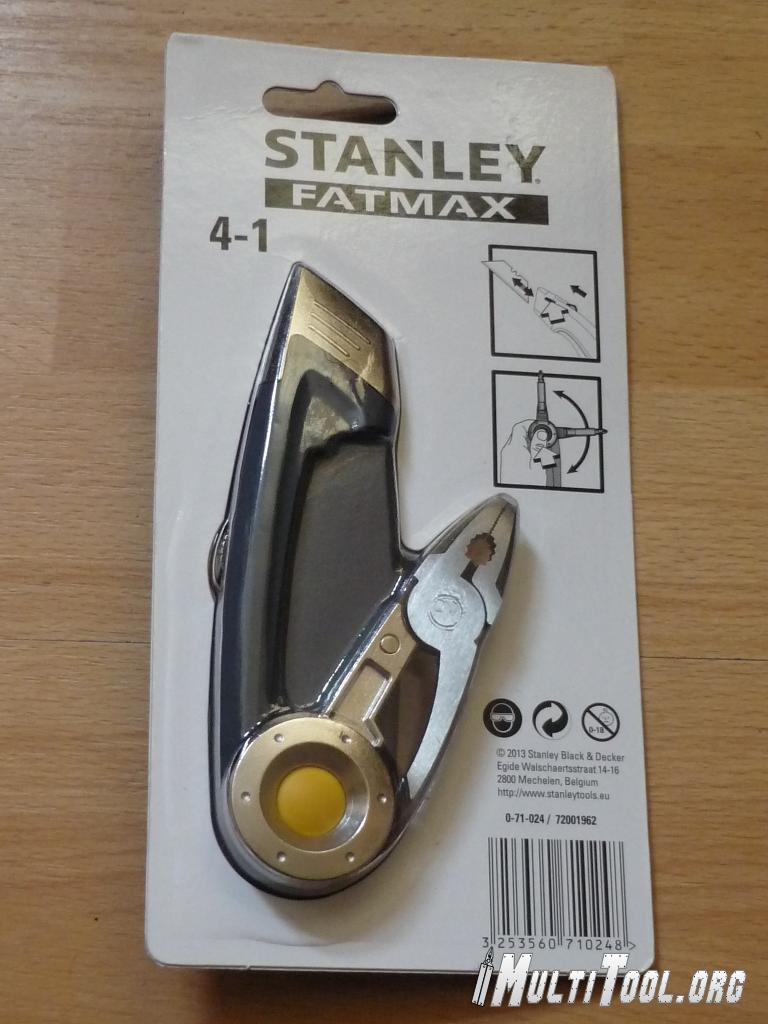 The knife blade function is pretty straight forward, with the blade carriage indexing at fully extended, fully retracted, and three stops in between, all courtesy of the little button on the top. Nothing revolutionary there then. The blade is exchanged by pushing the small red button when the blade is fully extended, pinch the blade and withdraw it, then either spin it round or replace altogether. Pretty standard stuff really. Of course you can also source a range of blades including bimetallic blades, and hooked (linoleum) blades too. 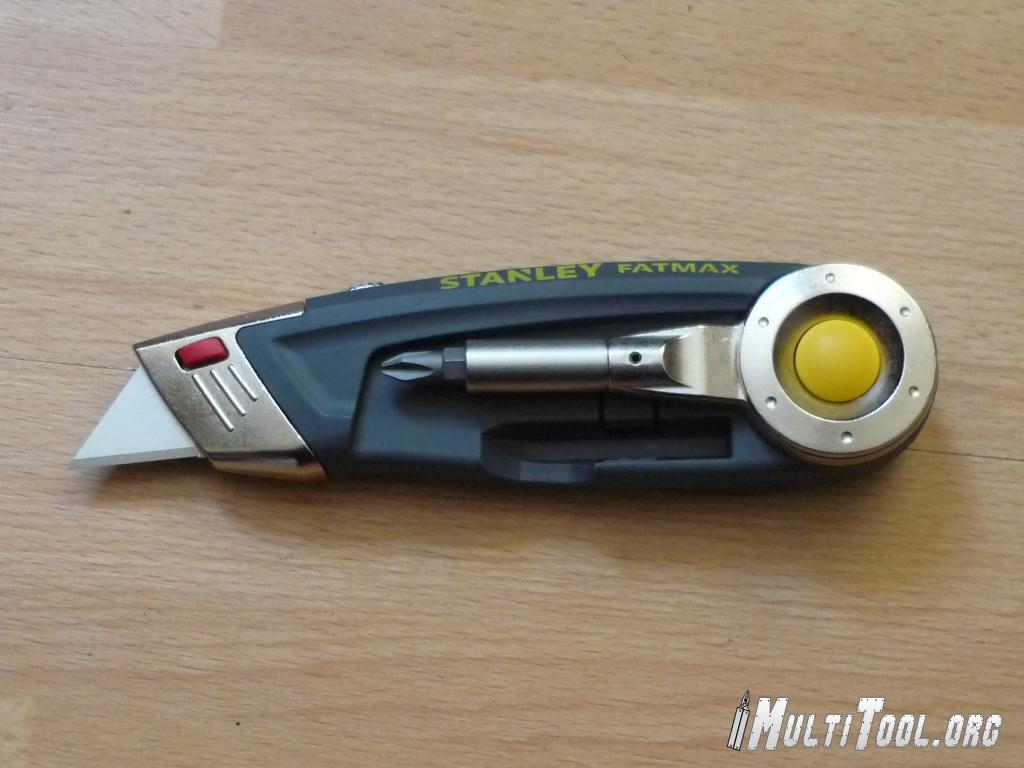 Of course this tool goes a step further with the inclusion of a full 1/4” hex driver with onboard storage for one double sided bit, and a modest set of pliers too. As shown in the pic above, the driver can also be stowed with the bit fitted in position for ease and speed of use. The driver isn't magnetic, and the bit is one of those with a ball bearing for retention. For using a range of other bits, it wouldn't be too much of a hardship to glue a small rare earth magnet to the inside bottom of the socket (which seems to be the universal fix to the problem)

Both the pliers and screwdriver are deployed by pushing on the yellow button at the centre of the chromed ring, and the accessory will then rotate and click into one of three potisions. 90 degrees, inline, or a midway point so you can suit the best position based on the amount of torque and access the job involves. 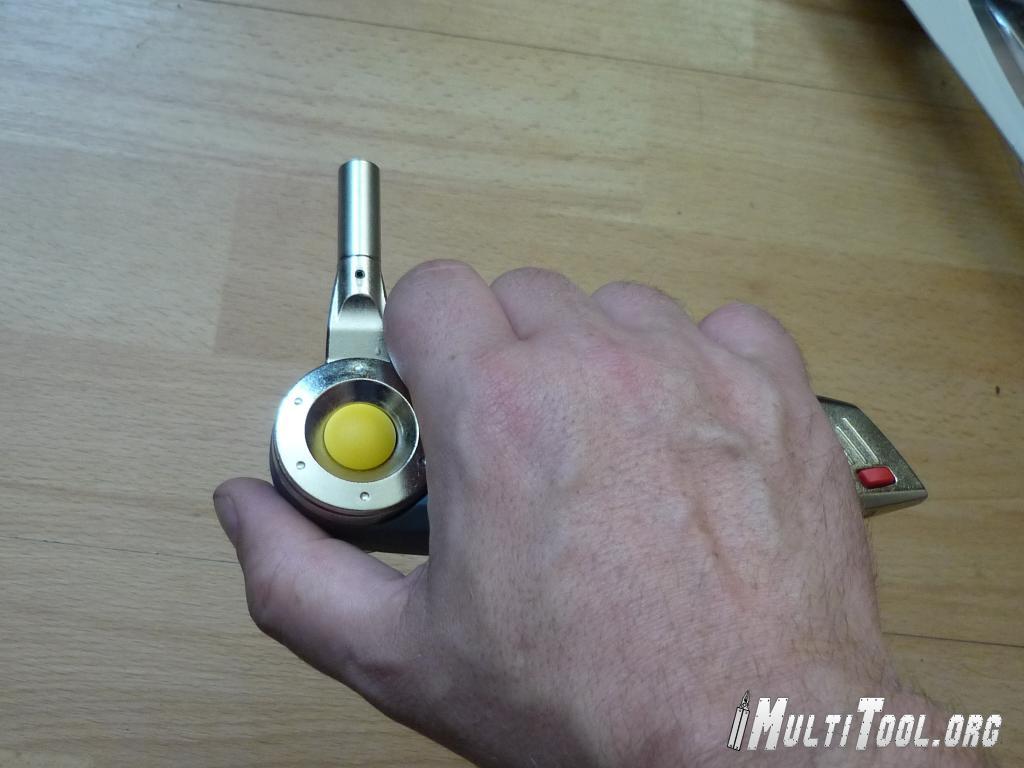 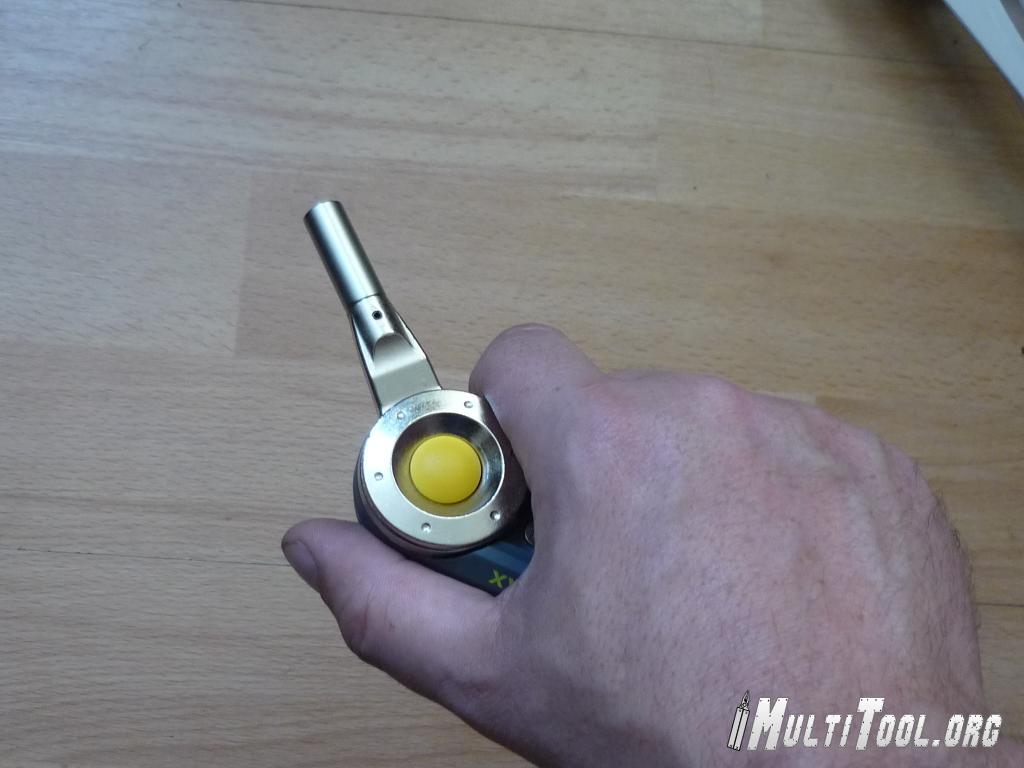 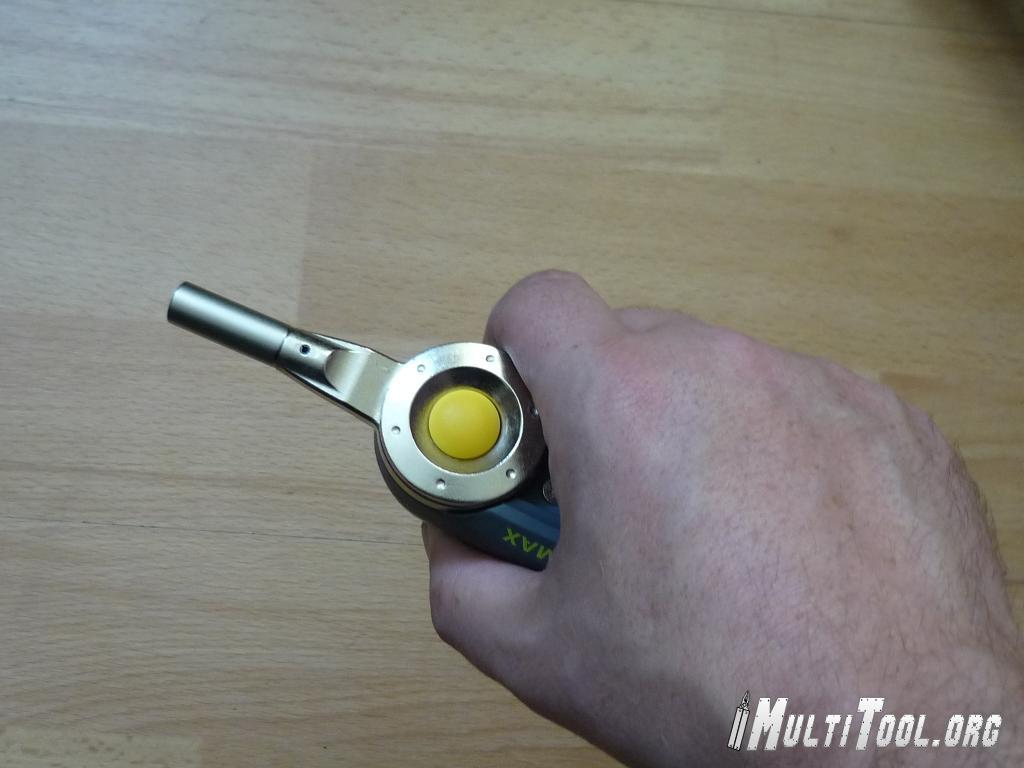 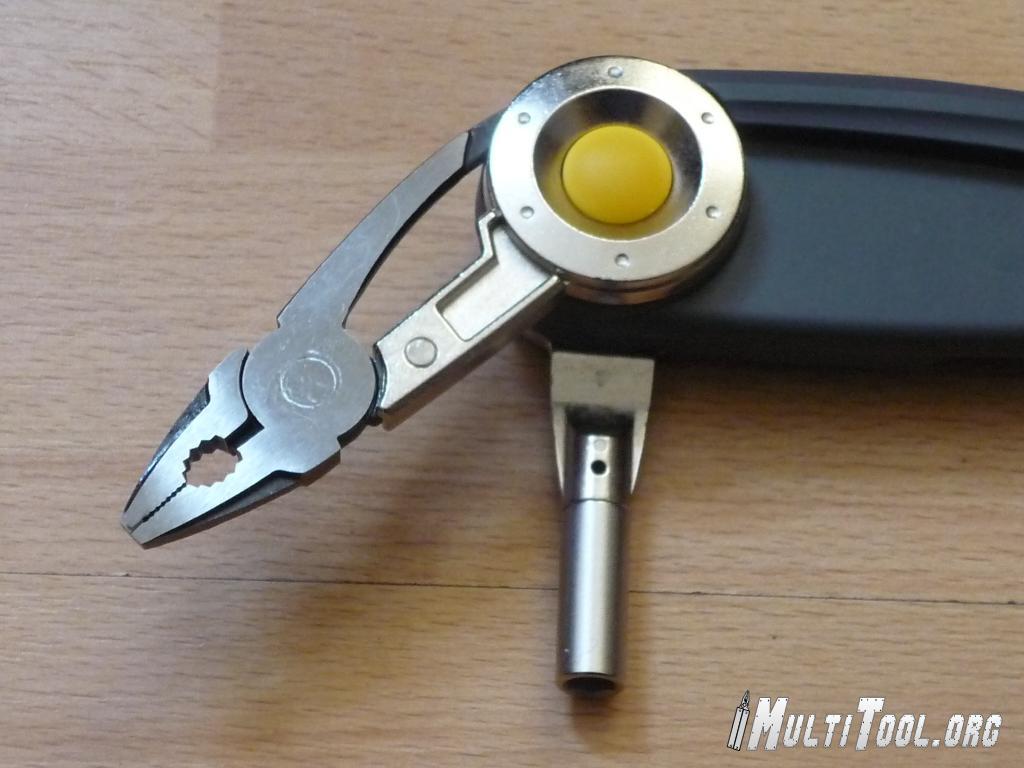 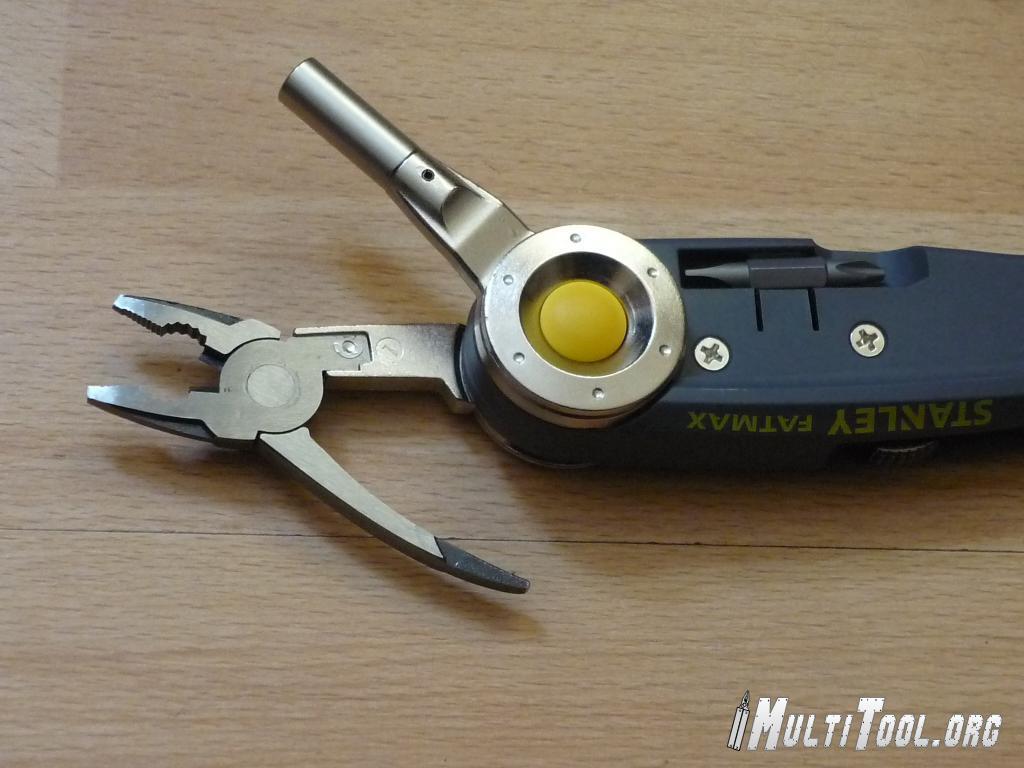 The pliers have a two part construction on the fixed side, which doesn't totally fill me with confidence, and in use they are actually a little awkward. Unfortunately the pliers are not sprung loaded, which would have made life much easier, but as they are, they are somewhat fiddly. Trying the pliers both ways round, I still wasn't sure which I was meant to do. 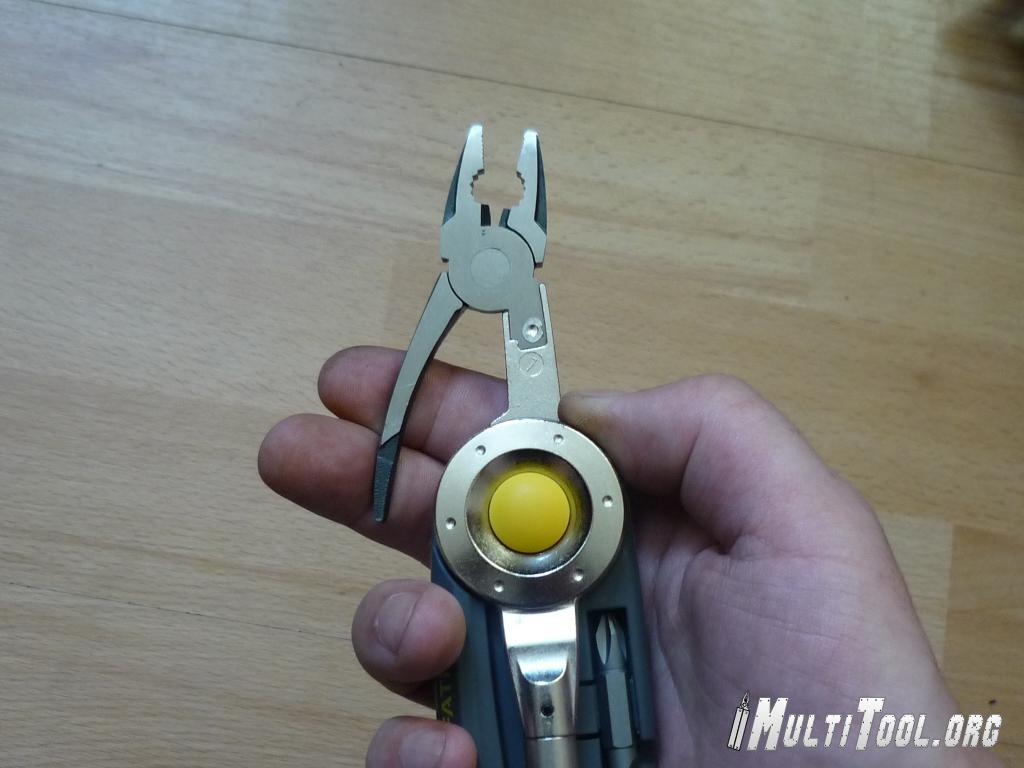 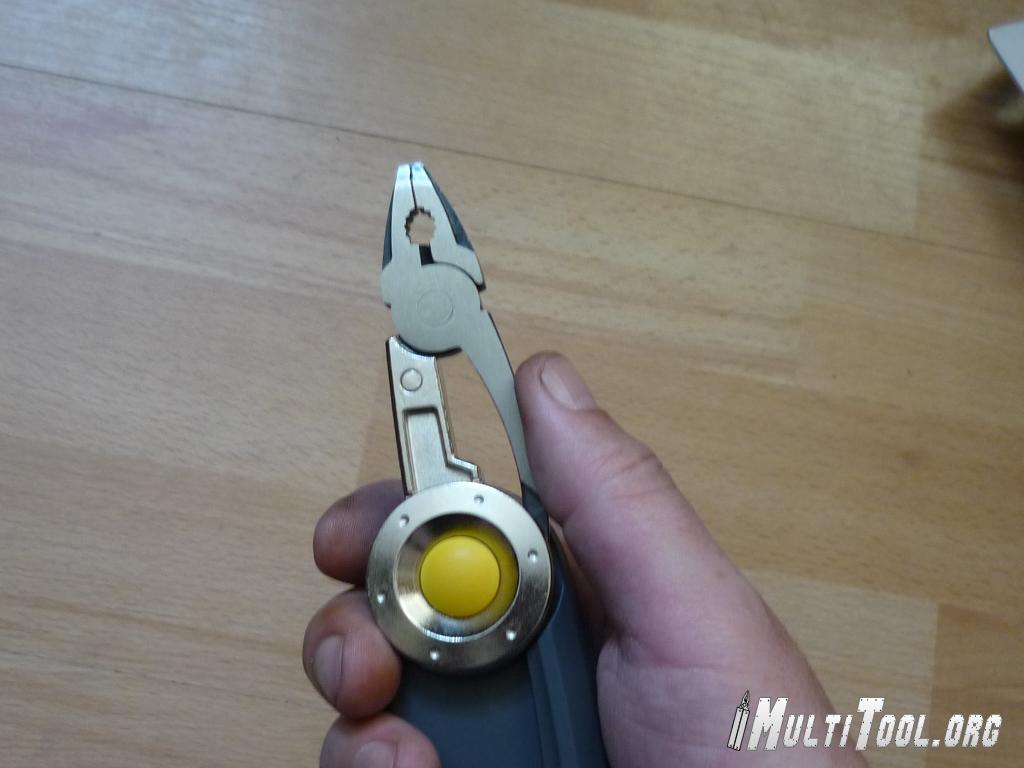 Whichever way you use them, the handle can catch on the body of the knife, and once the pliers are closed, there's no intuitive way to get them back open again. The pliers themselves are not a bad size for how they are mounted, but there is a noticably small wire cutting area. To be honest, I quite like the fact they have intentionally put such small cutters on to stop anyone overloading the tool. 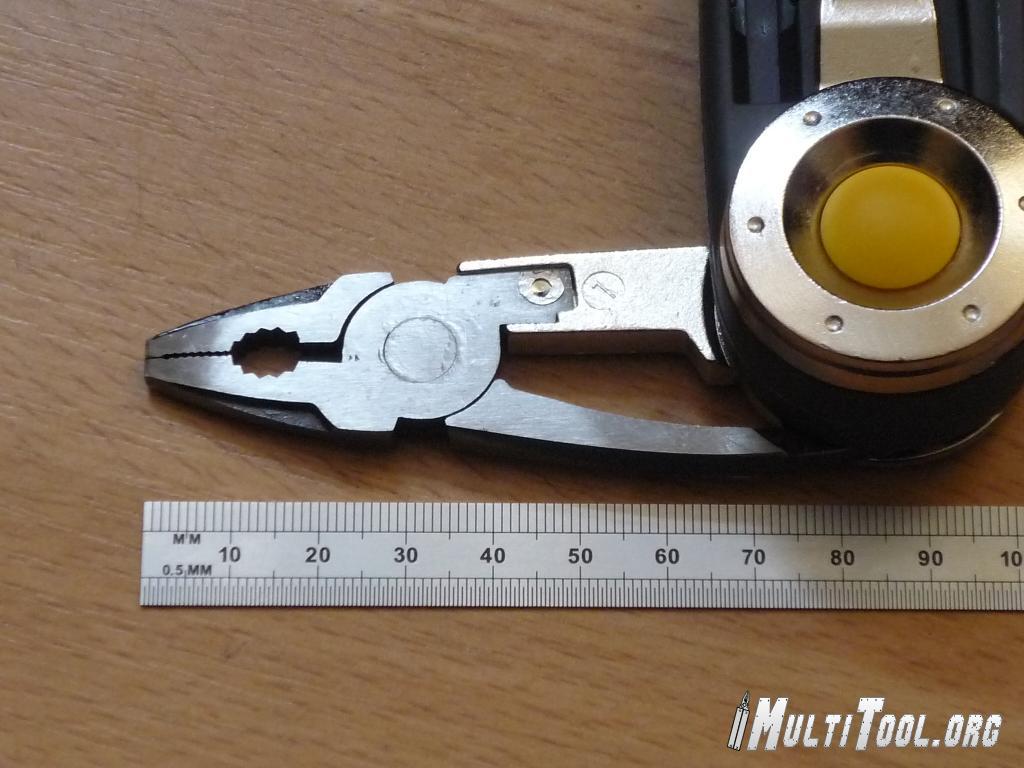 Construction: The main body of the knife is plastic, but feels fairly robust. The end where the blade protrudes, and the rotating bezels that the ancillary tools swing out on feels like some generic pot metal, and the actual driver and pliers seem of decent alloys from what I can tell.

Quality: I'm not the type of guy who tests tools to destruction, nor pushes them beyond what I would call a fair usage unless in a desperate situation. So from the tests I've done, everything works fine, but nothing particulary exciting. The pliers do grip things and can make life easier than just using fingers, and the cutters passed the standard paperclip cutting test. The drivers nipped up door hinges and gate hinges OK, but weren't used to try and remove anything too stubborn (as I couldn't find anything). As for the knife function .... perfectly fine, and it's as good as the blades you put in it. The ancillary tools don't lock up super tight when deployed, but good enough for what the tool is.

Egronomics: No doubt about it, this thing is a handful. That's a bonus when using the driver, but kind of pushes the knife just outside of comfortable, depoends on the size of your hands I suppose. The pliers are not fun to use though. They do the job, but are about as ergonomic as using your shoes as mittens.

Conclusion: I don't feel I've completely wasted my money, and this will be kept as an "about the house" tool, but I doubt contractors would be clammouring for one of these. The idea is a little more exciting than the reality, but it doesn't completely disappoint either. One for the kitchen drawer (or wherever you happen to store that old hammer, and the screwdriver you open paint tins with) 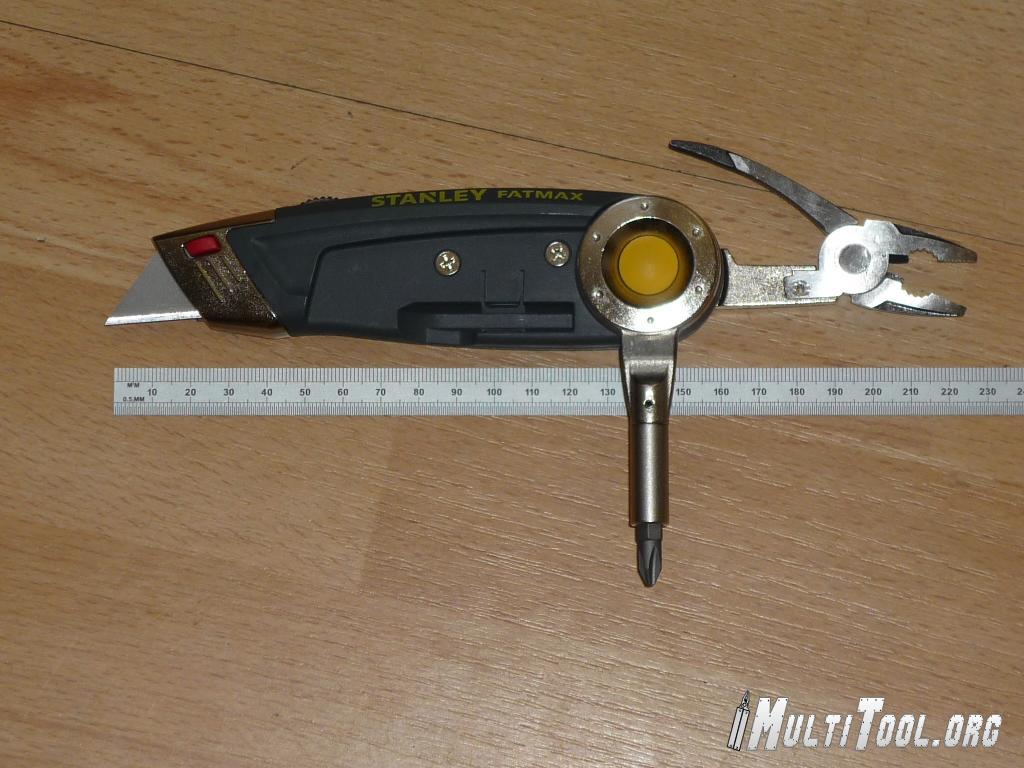 More in this category: « IDL Tools T10 Review Piranha Multitool Review »
back to top
Interested in this or a different tool and still have more questions?
Why not join us over on the Multitool.org Forum where our community can help you find what you're looking for!