If you haven't read the earlier parts of this shootout I suggest you check them out to see how we have been scoring everything so far- here are some quick links to help get caught up!

As it sits now, the SOG reactor is currently in the lead with three points to the Skeletool's one, but there's a lot more yet to come- read on and see if Leatherman is going to make a comeback! 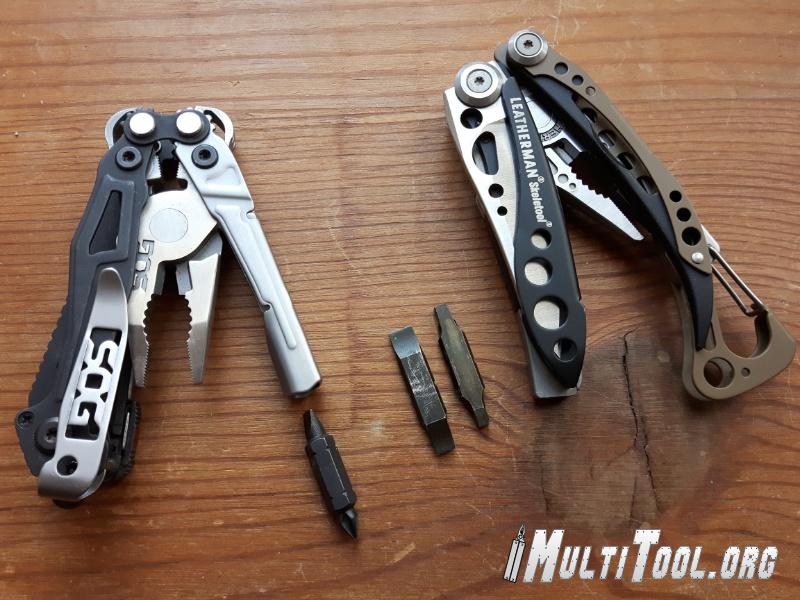 To me the screwdrivers are probably the most used part of a multitool, or at least are tied with the blade for most used, and therefore they deserve special attention.  Of course, as screwdrivers are part of the scope of this comparison, I imagine we were going to take a close look anyway….

Neither of these tools has on board, folding drivers as many tools do, and they both rely on replaceable bit drivers.  That’s about where the similarity ends, as they are very different setups. 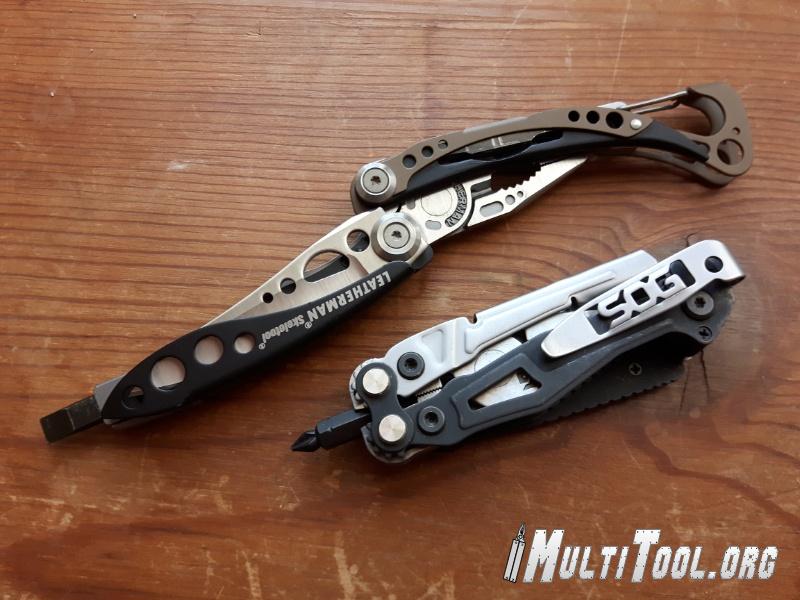 The Reactor has a strange way of going about it- the double ended standard ¼” (6mm) hex bit spends most of it’s time in the end of the smaller of the two plier handles, however is not meant to be used from that position.  To use it, you have to pull the screwdriver bit out then insert it in the backside of the head of the Reactor when the handles are folded into the closed position.  This allows the Compound Leverage to grip the bit twice as hard as your hand is gripping it and allows you to put a lot of pressure on extremely stubborn screws. 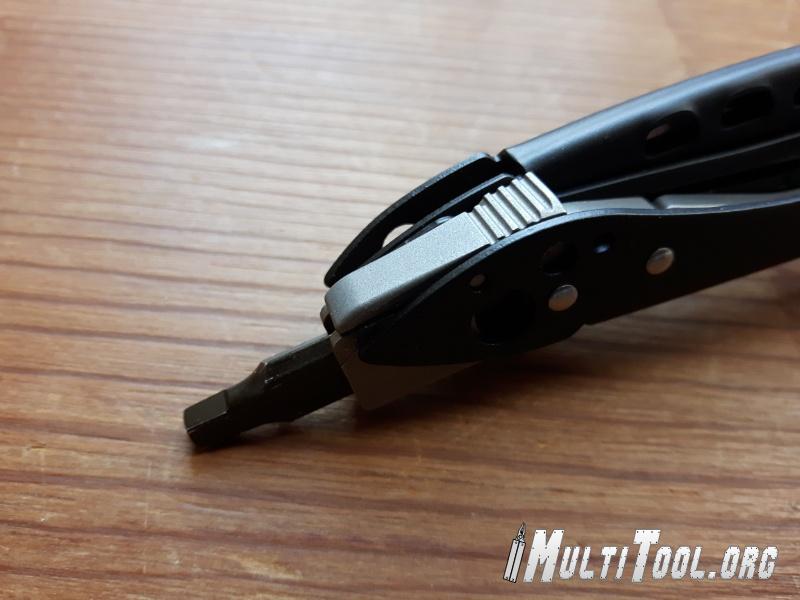 Of course, the draw back is that if you release the pressure on the handles the bit then becomes loose and potentially rotates, so you have to develop a bit of a technique to use it.

First and most obviously, the Skeletool uses Leatherman’s flattened bits, which I personally cannot stand.  These bits are fine as long as you have the proper bit loaded on board, but if you don’t, you can’t just grab a bit out of a toolbox or at a local shop.  There is a standard bit size for a reason, and Leatherman chose to ignore that standard.  The Reactor, as with all bit driver equipped SOG models, accepts standard bits.

The second issue with the Skeletool bit driver is seen in all the photos so far, although you may not have noticed it- I have a different, non standard issue set of bits in mine because at some point the double Phillips bit has fallen out of it and gotten lost.  With the open end of the Skeletool there is nothing to retain bits in it, and they go missing quite easily, which seriously negates the advantage of having multiples.

Further, if you should leave a flathead bit in the driver end then it sticks out just enough when folded to draw blood from any unsuspecting bit of flesh that it comes in contact with- such as when you reach into the pocket it is clipped in to get some change or your keys. 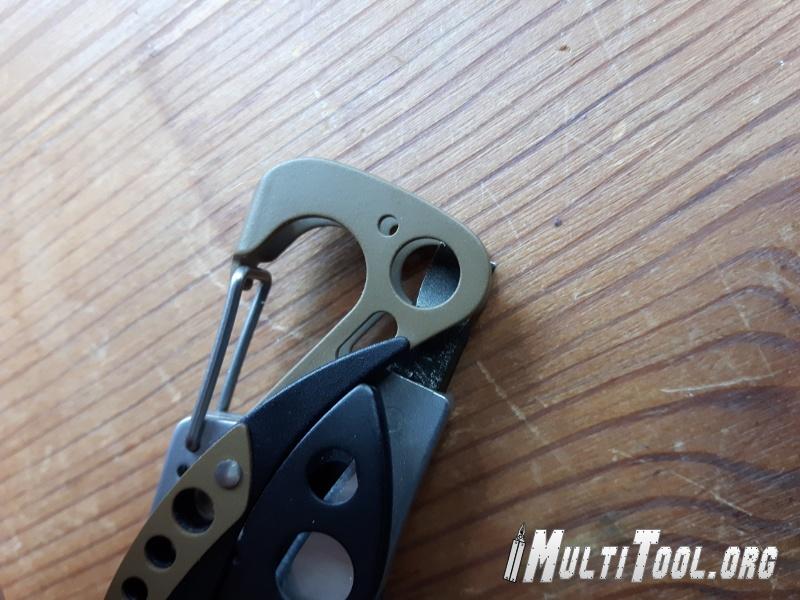 And then there is the form of the tool- in order to use the screwdriver the handles have to be folded out, either at a 90 or 180 degree orientation to the rest of the tool.  This seems like it would be great to apply extra torque to a screw or get extra reach, but given the excess flex that results when tackling a resistive screw, I worry about permanently warping the Skeletool under hard use.

By comparison the Reactor can be used as hard as you want- the harder you grip it the harder you can use it.  While it may be a bit more inconvenient, overall I have to give this point to the Reactor.  Still, the Skeletool does have twice as many screwdriver functions as the Reactor, and that can’t be ignored.  I’ll score this one as a tie and award a point to both.

If you have any comments, questions or thoughts on this (or indeed anything else) feel free to post on our forum or email me directly at This email address is being protected from spambots. You need JavaScript enabled to view it..

More in this category: « Leatherman Vs SOG Part 3 SOG Vs Leatherman Part 5 »
back to top
Interested in this or a different tool and still have more questions?
Why not join us over on the Multitool.org Forum where our community can help you find what you're looking for!